Under the Transgender Umbrella

During Pride Month, several DentaQuest employees have opened their hearts to share their personal perspectives as members of the LGBTQ+ community. We thank you for your courage to tell your story. 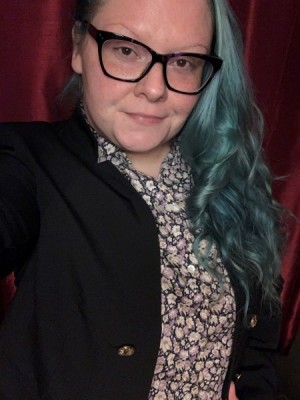 On the occasion I am expected without objection to wear a dress or appear feminine – though I begrudgingly comply – I feel as though I’m wearing drag against my will, in public, which can be humiliating. Inside, I don’t want to feel pretty, I don’t want to be complimented on my hair, makeup, nail polish, jewelry, or clothing. I just want to exist and for my static gender to be irrelevant. However, there’s always a social price to pay for being your genuine self around mixed company, and at times, it’s so much less exhausting to just go with the current. Folks in the LGBTQ+ community know this all too well, especially if you are not able to “pass” in your preferred gender expression.

Obscuring pieces of oneself at work is not uncommon for the sake of maintaining a professional environment. Nevertheless, work atmosphere and relationships cannot solely be based on conversations of how slowly Enterprise is running your client report, what’s driving up call volume this week, or when the next holiday weekend is. After spending so much time with your team or colleagues, you’re bound to discuss more personal topics, such as “are you dating/married?” “do you have pets/children?” “do you live in a house/apartment?”, all of which may lead to a concept called disclosure of identity. And to be clear, it’s not that people who are LGBTQ+ want to live in the shadows and hide these pieces of themselves from everyone they know – it’s that they may not feel safe to do so if they have experienced negative consequences in the past that they would like to avoid. The delicate balance of having a comfortable dialog/existence and being 100% truthful with the person you’re speaking with isn’t always about trust. Sometimes it’s about fear.

When I was little, I had a few Barbie dolls that I had inherited from older female cousins. At some point, I was given a brand-new Ken doll who came with his own outfit of a shirt, “leather” jacket, and jeans, which I saw as an opportunity to broaden my dolls’ closet as a whole. My parents didn’t see it that way, and I was taught through physical violence that they never wanted to see me “cross dress” my dolls again, or get the idea to “be one of those sick people” who “cross dress” in public. Not one bit of this narrative made sense to me. Like the Barbies, most of my clothes and possessions were hand-me-downs as well, which included several pieces of clothing from my male cousins. Was doing something against your morals okay only if you’re poor and desperate? Why was one scenario okay and the other not? The juxtaposition between my wardrobe and my dolls’ was irreconcilable, and I couldn’t get it out of my mind for years.

Much to the distress of parents everywhere, the late 90’s/early 2000’s birthed the era of comically baggy pants and other gender non-confirming clothing in young men’s and women’s departments. I hadn’t cared about fashion for men or women because I hadn’t felt particularly anchored to one gender or another, and it seemed there was no adequate way to articulate myself with the available options. Nothing felt like it was made for me and being poor didn’t help my cause either. Due to the influx of this new fashion trend, I could use my mastery of combing the outlet mall for every store’s clearance section to finally put together “a look” for which I was the sole architect. I didn’t care that it was not “this season” or if I looked too feminine or too masculine, because mass-produced clothing was more androgenous than ever and it finally felt that there was clothing for me, and people who were like me, out there in the world.

Most of my friends who partook in these styles did so out of fashion and comfort, not so much a schism in their gender identity as I did. Regardless, I was happy that low-rise jeans and crop tops were not on the menu. Unfortunately, this phase only lasted so long as both male and female friends gravitated back to the clothing expected of their gender identity, and their impressions of my attire and gender expression labeled my clothes as homely or worse, “matronly.” This made me feel bad about my body and fearful that people I had trusted would again express their disgust with my very existence, but I was far beyond allowing others to dictate who I am. No amount of pressure would convince me to give up the ground I had gained, but in truth, these experiences deterred me from being my 100% authentic self with new friends and acquaintances. I was accused of “acting fake” by people I barely knew, when in reality I was just trying to obscure what made me different, so that others would stop hitting me with their words.

As time went on, more people came into my life from other cities, states, countries, and occasionally I would see more representation of gender and sexual preference and feel comfortable telling them that “I’m part boy, part girl.” More time passing brought more education, acceptance, and vernacular to the public, and these descriptors allowed me to let go of the blanket statement of androgyny to embrace the more precise, though flexible, gender-fluid. It also gave some of the people who abused and berated me in the past some time to reflect on the ignorant views of their youth and apologize for marginalizing my existence. This is not to say that I haven’t been interrogated with: “So you want to be a man? How does your husband feel about this?” “I just don’t get it, you’re either a man or a woman, or else you just want attention.” To be clear, I’ve never wanted attention for my gender expression, just to be treated with respect as a human in whatever way I’m presenting that day. And for the record, when we met, my husband and I wore the same size shirt and pants, and we shared our “boy” clothes for years.

The Human Rights Campaign provides the following meaning of the term “transgender:” Transgender is an umbrella term for people whose gender identity is different from the sex assigned at birth. Gender identity refers to one’s innermost concept of self as a man, a woman, a blend of both or neither – how individuals perceive themselves and what they call themselves. One’s gender identity can be the same or different from their sex assigned at birth. Gender expression refers to the way a person communicates gender identity to others through behavior, clothing, hairstyles, voice or body characteristics. “Trans” is sometimes used as shorthand for “transgender.” While transgender is generally a good term to use, not everyone whose appearance or behavior is gender-nonconforming will identify as a transgender person. The ways that transgender people are talked about in popular culture, academia and science are constantly changing, particularly as individuals’ awareness, knowledge and openness about transgender people and their experiences grow.

About the Author: Mary has been with DentaQuest in Texas since August 2013, where they began in the contact center, and in November of 2014, transferred to Client Engagement on the HHSC account as a Senior Coordinator. Prior to DentaQuest, their employment included various facets of customer service, including Front Desk at an optometrist, business accounts and personal sales at AT&T retail, theatrical make-up consultant at a costume shop, and so on. Personal hobbies include cooking, baking, crafts, overthinking, and reading.