Use Your Voice as an Ally

Today we conclude our blog series featuring DentaQuest employees across the organization in recognition of PRIDE month. These employees have opened their hearts to share their personal perspectives and triumphs as members of the LGBTQ+ community. We thank you for the courage to tell your story.

In our final post, we meet Alison O’Connell, Internal Communications Manager at DentaQuest, who provides the perspective on LGBTQ+ allyship. 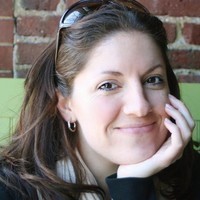 The term “ally” has several definitions. As a noun, it means “one that is associated with another as a helper.”

Growing up, I was taught to be a helper. My mom always encouraged my sisters and me to live by the Golden Rule and treat others as we wanted to be treated. All human beings have the ability to choose our attitude toward others, what we think, and how we behave.

Humans are like snowflakes – each one of us is unique – so I’ve never understood why being “different” is so often viewed as a bad thing. Author Christian Nestell Bouvee wrote, “We fear things in proportion to our ignorance of them.” Lack of understanding creates hate and prejudice. Fortunately, there is a simple solution to ignorance: education…

Several years after graduating from college, one of my friends came out as a gay man. When I met up with him and his boyfriend for dinner a few months later, he thanked me for not making a big deal about it. I told him that he was still the same person as the day we first met, so why would I have treated him any differently? I also told him – in all honesty – that I wasn’t sure my response had been “correct.” Should I have sent a card? Called to say congratulations? He said that no reaction was exactly the reaction he had hoped for.

His answer was an epiphany for me. By treating him as I always had, and in the same manner that I wanted to be treated, just as my mom taught me, my response (or lack thereof) had been comforting to him. I’d like to think that, on some level, I knew in my heart that that was what was right for him. But if I hadn’t asked him how he felt, I wouldn’t have realized the importance of talking to him about it. This does NOT mean that everyone wants the same type of response when forced to disclose something so personal to friends and family – something that most straight, cisgender people don’t ever have to think about. But for my friend, it was right, and that conversation made me realize that it was also OK to ask questions, not to interrogate him or second-guess his identity, but to better understand who he is as a person.

I invite you to take some simple steps to learn more about people you view as “different than.” You may find that you have a lot more in common than you think! At the end of the day, we’re all human – and wouldn’t the world be a boring place if we all looked and behaved the same way?

To be an ally for LGBTQ+ people:

About the Author: After more than a decade as a writer for several non-profit organizations in the greater Boston area, Alison joined the corporate communications team at DentaQuest in July of 2018. She completed her bachelor’s degree in public relations at Pepperdine University in Malibu, Calif., and received a master’s in international media from American University in Washington, D.C. Alison recently became a certified yoga instructor (RYT 200) and looks forward to leading some new classes this summer. In her spare time, she enjoys running, gardening, and spending time with her husband and three stepchildren.