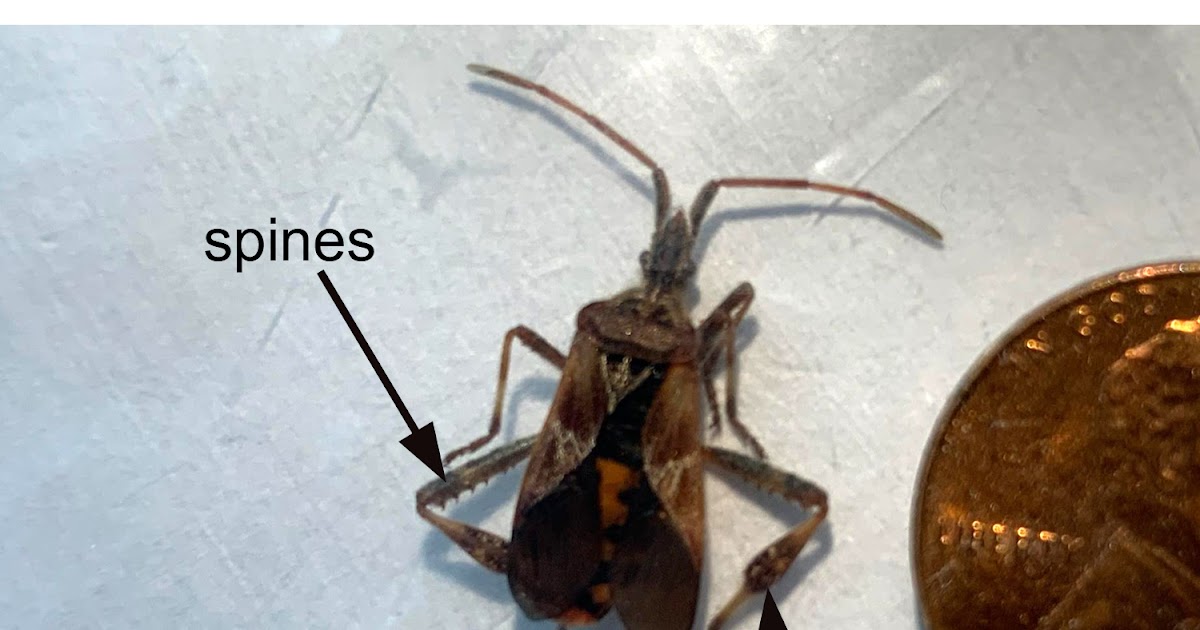 Answer to the Parasite Case of the Week 674: Not a human ectoparasite or disease vector; this is one of the Coreidae or “leaf-footed” bugs, most likely the western conifer seed bug (Leptoglossus occidentalis). The nickname comes from the leaf-like expansions on the legs of some species, usually on the hind tibiae.  Leptolossus does not bite or sting, but can give off a pungent odor when disturbed. It feeds on sap and has long piercing mouthparts.

The importance of this case is that the specimen is a very convincing mimic of the triatomine vector of Trypanosoma cruzi – commonly called the “kissing bug.” However, as several of you have pointed out, it can be differentiated by a number of key morphologic features such as the leg expansions and spines. The antennae are also much thicker than those of the triatomines. A hint to remember this from Khaled Itani – kissing bugs don’t have spines on their legs. “If you want to be “kissing” you should be smooth.” (I’ll definitely be using this in the future!)

The comparative features are nicely described on the University of Wisconsin Department of Entomology page called “Is this a Kissing Bug” (thank you for the reference Luis, PJ Liesch, and Janet Waldron). 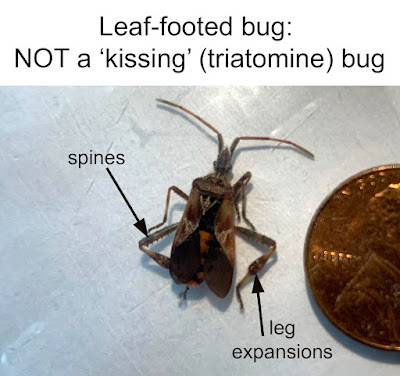 Based on this information, we can reassure our colleague and his patient that there is no cause for alarm with this bug. As PJ Liesch noted on Twitter, “It commonly sneaks into structures in the fall when seeking overwintering spots.” Therefore, it is not surprising that our patient found this in her home in the midwestern US.